Wow, life has been crazy but, I am still super excited to share this successful project….the skirt to match my sweater (I call my completed outfit, the pumpkin spice ensemble)

Anyway let’s get started to see how this all came together (Warning; I finished it a little less then a week ago and have since moved on to another project so I may have forgotten a few details….sorry)

The first step was taking some measurements (I had been pretty scared of pleats but a great video by Bella Maes Designs showed how to do them with a fork, So I multiplied my waist measurements by 3, added another inch for seam allowance (I should have added more for the waist band overlap but I forget and had to do something a little different)

I didn’t worry about the length then, because I wasn’t sure how much of it the pleats would take up so I just cut for the waist and began pleating(I did 1 inch pleats)! I used 1/2 inch seam allowance.

Then attaching it (this is kind of hard to explain so I encourage you to look up a video on how to sew in a placket.) I was having a very hard time sewing it in so I didn’t take any photos, if you run into trouble with a skirt of any kind feel free to reach out to me, and I can explain in more detail what I learned.

Now it was on to the waist band, I decided my waist band would be 1 1/2 inch finished width, so I cut a band 4 inch band, I also increased the length so I it could overlap itself with the button. I fused some midweight interfacing onto it).

Now it was time to attach it, first I sewed the outside, with right sides together, then I press under the raw edge and flipping the band right side out stitched it on.

Now it was time to sew on the fasteners; I used a large button for the overlap and 3 snaps for the side closer.

The last thing to do was fix the lengh…..it took me awhile to decide on the exact length (should it be ankle or just below the knee) since I just couldn’t decide I made it mid-calf (the perfect compromise) I measured myself and the skirt and cut off the needed length (leaving enough for the hems)

I did a hem then flipped it under and hemmed again.

I then flipped it up 2 inches and whipstiched it down to create the invisible hem.

Yahoo!!!! It was done, and I just had to compare it with my sweater

Well what did you think? If you liked it then let me know….subscribe and comment!! (I love to here form ya’ll!)

Stay tuned for my next post…..An outfit spotlight of my Pumpkin Spice Ensemble!!!

2 thoughts on “I drafted a pleated Skirt!” 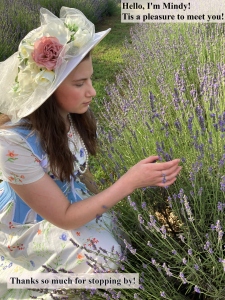